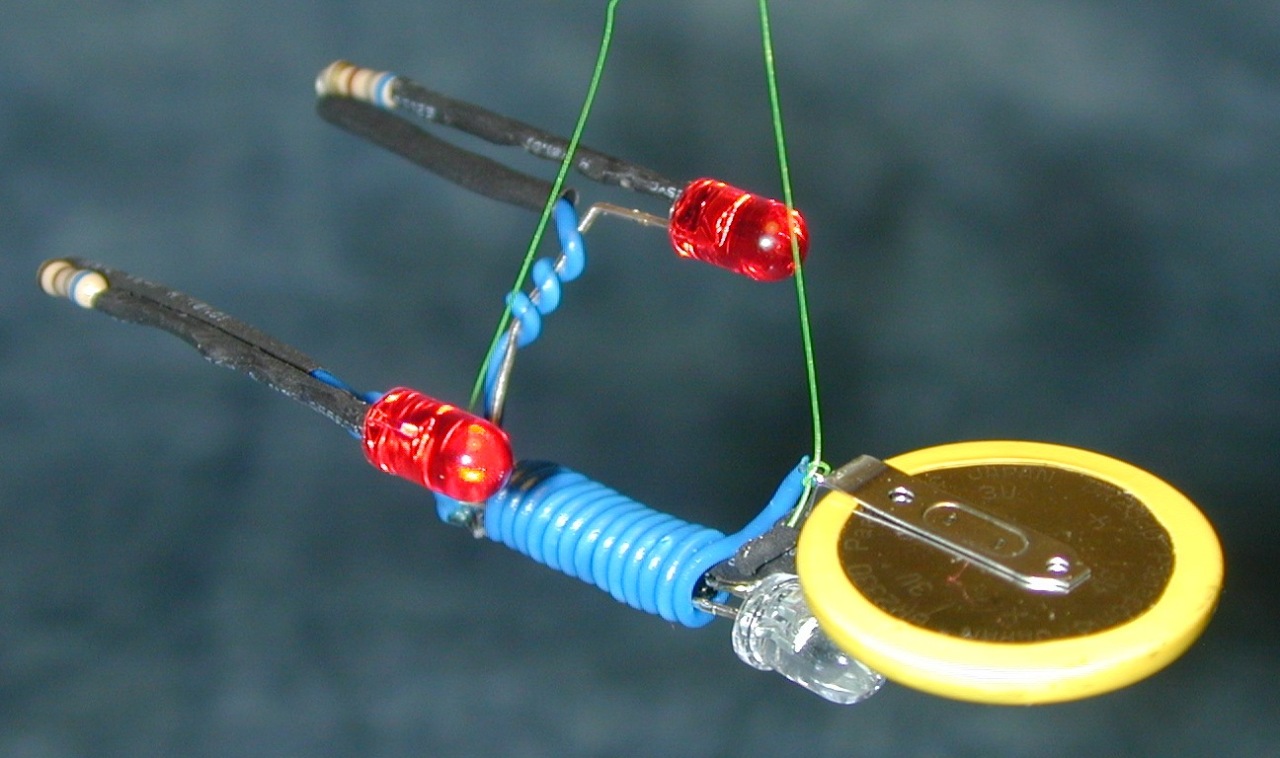 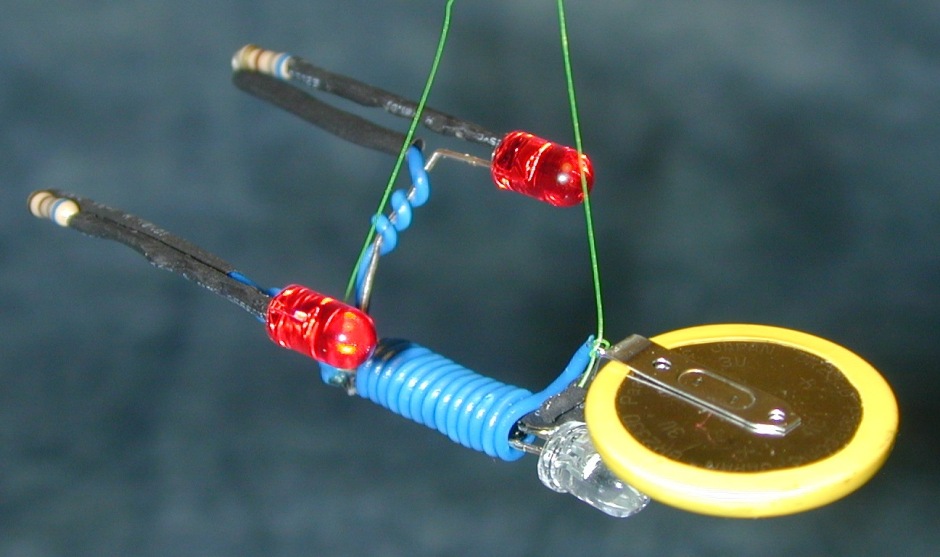 It’s more fun, of course, when the LEDs actually light up: 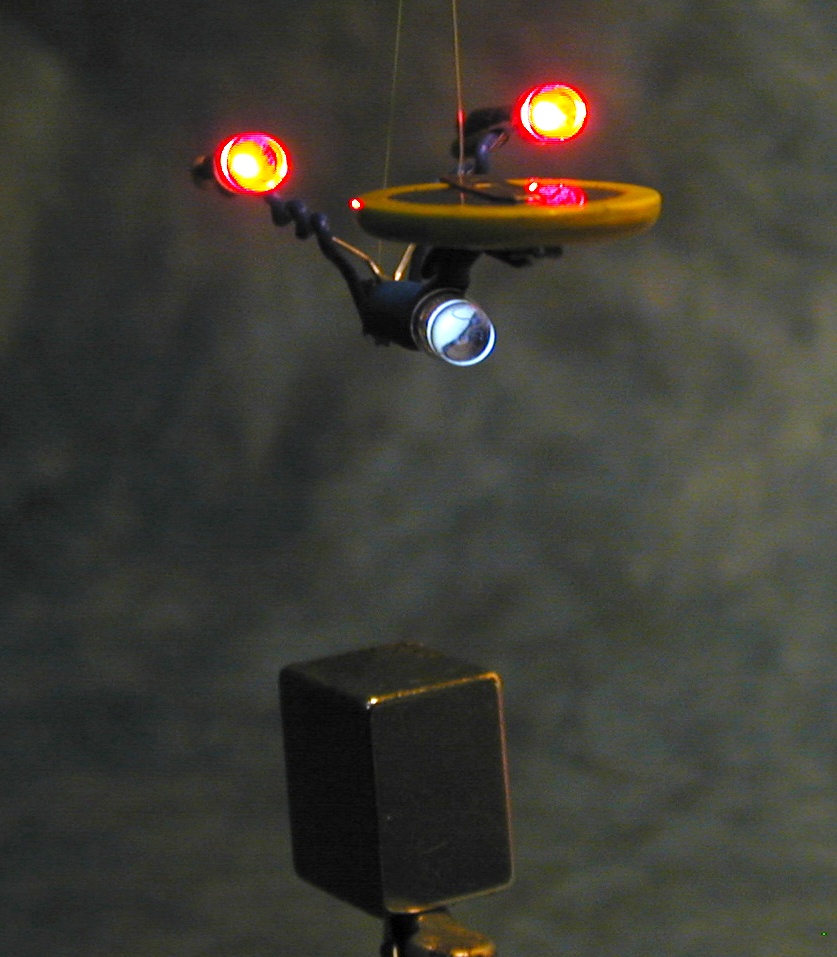 Here’s the circuit diagram – basically three LEDs in parallel, a battery, and a magnetic reed switch: 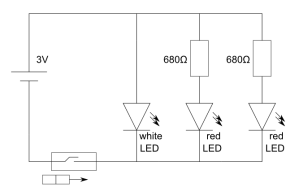 Since the ship’s just held in place by wires, turning on and off a mechanical switch would eventually flex the ship out of shape. Hence a magnetic reed switch is used, it’s more streamlined and you can hide it in the fuselage without anything sticking out.